If you have ever been in the locality an eclipse you will know its one of the most awesome natural phenomena you could ever observe.

The atmosphere was electric, and it seemed as if the clouds were also competing for the best viewing position. Then it started. The Moon began its path across the face of the Sun and for approximately sixty minutes; we sat mesmerised wearing the appropriate eye protection. The clouds parted, reluctantly, granting us our wish to see those few minutes of totality. Words cannot adequately express the magnificence of this dance between the Sun and the Moon and the level of complex astronomical precision is involved. Just before totality, as it became darker the birds stopped singing and all went quiet. The scene was peaceful, unnervingly silent, calm and yes, spiritual. Even the humans were quiet, not a word could be heard. We stood paying homage to the majesty of it all as I am sure the ancients had done many times before us.

I often refer to an eclipse as a maverick as it can operate by emphasising your circumstances or coinciding with a crisis. Now, these terms do not necessarily mean it’s a bad thing; however, wherever an eclipse falls in your chart is an area of life that is going to undergo some change, or at least require more of your time and attention than usual. When an eclipse activates your horoscope it is also felt by the sign in polarity. For example, if the eclipse is in your 10th house (career and social standing) it will also activate the 4th house (home and family). It may be that you need to arrive at some type of compromise by attempting to reconcile the difference and make decisions that will impact your career and home.

The house where the Solar Eclipse falls in your chart, and its opposite, can become the focus for the next year however the energy tends to peak about the 6-month mark where matters reach a peak. With a Lunar Eclipse (usually the opposite house at a later date) will also be impacted and could signal strong emotions that may or may not be related to the events of the Solar Eclipse. Lunar eclipses seem to have a life of around six months and peak around the three-month mark.

For some, eclipses will signal a time of major change in their lives. These changes will not be an overnight thing. More like a marathon. My advice to you is to chart your course and plan for change. Be realistic about what is possible and go with the flow. Eclipses coincide with the release an enormous amount of psychic energy and any changes you experience will have been brewing for some time and the eclipse may act as a trigger to surface any restlessness you have been feeling. 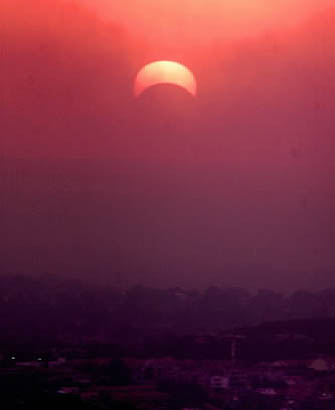 Eclipses in the Solar Houses

1st House—7th House. If the eclipses occurred in your 1st/7th houses, the focus will be on your relationships.

2nd House—8th House. If the eclipses occurred in your 2nd/8th houses, the focus will be on your resources.

3rd House—9th House. If the eclipses occurred in your 3rd/9th houses, the focus will be on your relationship to the world.

4th House—10th House. If the eclipses occurred in your 4th/10th houses, the focus will be on balancing your private life with your public life.

5th House—11th House. If the eclipses occurred in your 5th house/11th house, the focus will be on issues of individual expression and group participation.

6th House—12th House. If the eclipses occurred in your 6th house/12th house, the focus will be on your physical and spiritual health.